Almandine occurs in metamorphic and igneous rocks, often associated with other minerals such as chromite, magnetite, or spinel.

It has the highest iron content of all garnets, making it appear redder than other garnets. However, its color may range from yellow to violet depending on its Fe3+/Fe2+ ratio and oxidation state. Almandine forms under high-pressure metamorphic conditions at depths of 8–50 km, although it can be found closer to the surface in some rocks.

Almandine is a member of the garnet group, which are all silicate minerals with similar crystal structures and chemical compositions. The garnet group includes almandite, pyrope, spessartine, grossular, uvarovite, andradite, and others. All garnets have the same basic crystal structure, which is based on the cubic system. 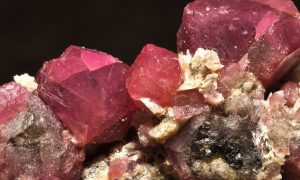 The main difference between almandine and other garnets is its higher iron content, which gives it a redder color. Almandine’s color can also range from yellow to violet, depending on its Fe3+/Fe2+ ratio and oxidation state.

Almandine is a species of garnet that has been used since antiquity. It is found in metamorphic rocks and is the most common variety of Garnet. The name „almandine” is derived from Alabanda, a town in Asia Minor where these stones were first found.

Almandine occurs in a wide range of colors including red, orange, yellow, green, and purple. The most common color is deep red, which is why it is often referred to as „garnet red.” Almandite has a wide variety of industrial applications. It is used as an abrasive in sandblasting and polishing and is also used in the production of glass and ceramics. Crystal is found in many parts of the world, including Australia, Brazil, Canada, India, Russia, and the United States. 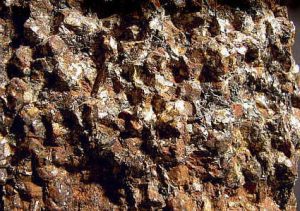 Almandine’s historic use dates back to the early days of gemstone mining and trading. The stone was known to ancient cultures and was used in jewelry and other ornamentation. In more recent history, almandite has been used in a variety of applications, from making abrasive materials to creating beautiful gemstones. Today, this versatile gemstone is still popular and is used in a variety of jewelry styles.

Almandine is a mineral that can be found in metamorphic rocks. It is typically red in color, but can also be violet or black. This mineral is used as a gemstone and is also used in the production of abrasives.

Almandine mining is typically done in open-pit mines. The first step in mining almandine is to remove the overburden, which is the rock and soil that sits on top of the deposit. Once the overburden is removed, the almandite ore can be extracted. 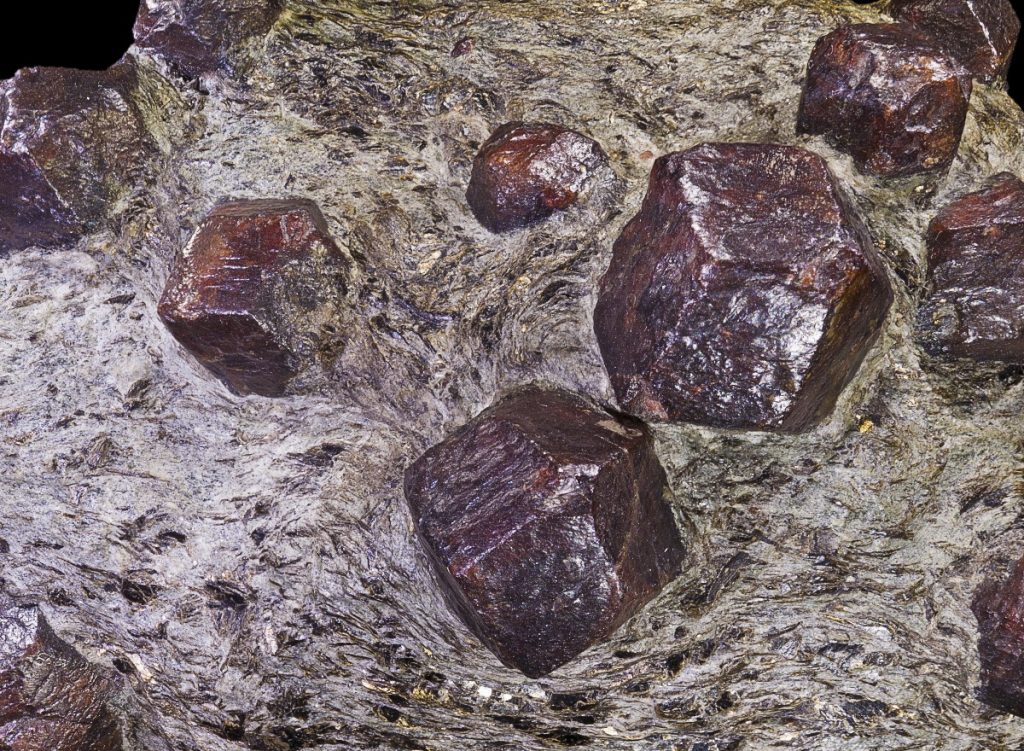 Almandine is typically found in metamorphic rocks that have been subjected to high pressures and temperatures. These conditions are typically found deep in the Earth’s crust. As a result, almandine mining can be a challenging and dangerous process.

Once the almandine ore is extracted, it is typically transported to a processing plant where it is crushed and sorted. The resulting product is then used in a variety of applications including gemstones, abrasives, and jewelry.

Almandine is a popular gemstone because of its durability and beauty. It is also used in the production of abrasives due to its hardness. Almandine mining can be a challenging and dangerous process, but the resulting product is worth the effort.

There are several almandite mines in the world, but the most productive ones are located in Russia and Brazil. In Russia, the Ural Mountains region is home to the largest reserves of this gemstone, while in Brazil, it is found in the state of Minas Gerais. Other notable almandine mines are found in Austria, Canada, India, Italy, Norway, Pakistan, and the United States.
Almandine is typically found in metamorphic rocks that have undergone high-pressure and high-temperature conditions. It can also be found in igneous rocks that have cooled quickly, such as those found in volcanic regions. The stone is usually mined using traditional methods, such as tunneling and open-pit mining.

Almandine is a popular gemstone for use in jewelry and other decorative items. It is also used in the industry for making abrasive products. The stone’s hardness and durability make it an ideal material for these applications.

Some environmental concerns have been raised about almandine mining and production. These include the potential for acid rock drainage and heavy metal contamination of water resources, as well as the destruction of natural habitats in the mining process. However, these concerns are not unique to almandite and are typically associated with any type of mining activity. Proper management of mining operations can help to minimize these impacts.

Almandine is a relatively abundant mineral, and as a result, large-scale mining operations are not currently underway. However, small-scale mines do exist, and the potential for large-scale operations in the future means that environmental concerns should be kept in mind.

Acid rock drainage is a potential issue with any type of mining that involves the disturbance of sulfide-bearing rocks. When these rocks are exposed to air and water, they can undergo a chemical reaction that produces sulfuric acid. This acid can then leach out into surrounding soil and water resources, potentially causing contamination.

Heavy metal contamination is another potential issue associated with almandine mining. Almandine can contain trace amounts of harmful metals such as arsenic, lead, and mercury. If these metals are released into the environment during mining or processing, they can contaminate soil and water resources.

The destruction of natural habitats is another potential impact of almandine mining. This can occur when mine shafts are dug into natural areas, or when tailings and other waste products are dumped in these areas. This can cause soil erosion, water pollution, and the loss of plant and animal species.

All of these potential impacts need to be carefully considered before any mining operations are undertaken. Proper management of these operations can help to minimize these impacts and protect the environment.

Almandine, also known as almandite, is a variety of garnet that ranges in color from yellowish-green to deep red. It is typically found in metamorphic rocks and is the most common type of garnet. Almandite has been used since ancient times for a variety of purposes, including jewelry and as a gemstone. It is still used today for these purposes, as well as for industrial applications such as abrasives and filters. The almandine market is driven by factors such as the increasing demand for garnet in various industries, the availability of almandine deposits in several countries, and the favorable properties of almandine. However, the high cost of mining and processing almandite is a major restraint for the market.